Medications That You Should Avoid During Pregnancy As parents, the most important job you have is to keep your baby safe and healthy! This is relevant once your baby is born, but it is just as important while your baby is growing and developing in the womb. Just as there are several nutrients and vitamins that you should consume to keep yourself and your baby safe and healthy, there are also certain things you should avoid consuming. This includes certain medications that you should avoid during your pregnancy since they can negatively impact your developing baby. Although it is quite hard to know which medications are harmful to a fetus since it is not ethical to test medications on pregnant women, there are still some medications that we now know that pregnant women should avoid.

In this article, we will provide you with information about what some of these medications are and give you a better understanding of why they can be harmful to your fetus. However, keep in mind that the list of medications to avoid is long and that we can’t mention all of them in this article. Therefore, it is important to always talk to your doctor before you start taking any medications while pregnant.

Why is the fetus susceptible to certain medications?

Let’s start with a general explanation of why some medications can be especially harmful to your fetus. Simply put, this is because your fetus is constantly developing into a functional human being in your womb. All the organs and body parts like the legs and arms of the baby are constantly developing and certain toxic substances can stop this development from occurring. This can in turn result in birth defects of your baby and it is therefore very important to avoid intake of such substances.

A word about over the counter (OTC) medications

Except for the medications that require a prescription, several medications can be bought over the counter in pharmacies or supermarkets. If you are pregnant or trying to become pregnant, it is important that you talk to your doctor or a pharmacist before taking any of these medications as well. This includes medication used to treat the common cold, cough, diarrhoea, constipation, nausea and so on. Some of these are totally fine to use during pregnancy but to make sure that is the case it is always recommended that you consult a pharmacist or your doctor about this.

Other substances to avoid

Apart from the medications mentioned above, several other substances are important to avoid during pregnancy. We can’t list all these substances here, but we would like to bring awareness to two common substances that should be avoided at all costs. These are alcohol and nicotine.

As we can see, several medications and substances should be avoided during pregnancy since they can cause harm to the fetus. We have mentioned some of these in this article, but several others should be avoided as well. It is therefore important to always consult your doctor or a pharmacist before you start taking any medication during pregnancy. If you need medication for a common cold or the like, your doctor or a pharmacist can also give you advice on which medications are safe for your growing baby!

Learn more about the Antenatal Masterclass

Check out our classes

A 2-hour class where you will learn everything from nappy changing to safe sleep and bathing your baby. 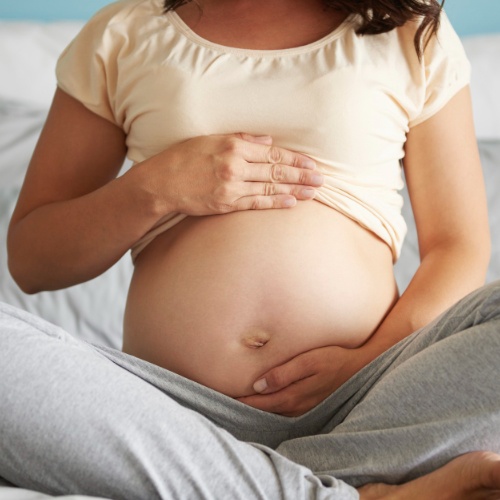 A full day class that covers all aspects of pregnancy, leaving you confident and empowered as you embark on your journey to parenthood
Explore Live Classes
Back To Top

Join the Happy Baby Club to get weekly updates and special offers only available via email! (We don’t send spam)